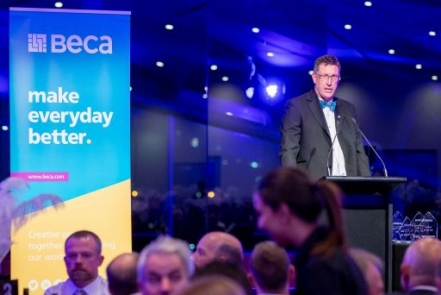 Wellington Airport was additionally named runner-up in the Infrastructure Project category for its Integrated Operations Centre, and Rotorua Airport runner-up in the Community Engagement section for its Ride the Runway event.

When presenting the awards, Beca aviation market lead Richard Holyoake said the winning projects illustrated that innovation is being witnessed at airports throughout the country.

“Hawke’s Bay Airport won with a project that turned a transport problem into an iconic airport gateway,” he said.

“Auckland’s innovative interactive map generated more than 150,000 Website hits as part of a community engagement process and Queenstown won with a pioneering approach to a new-generation, lower-carbon asphalt.

“The entries this year showed the investment and effort going into improving the services and sustainability of airports across the country with 24 worthy nominations across four award categories.”

Airport of the Year – Wellington Airport 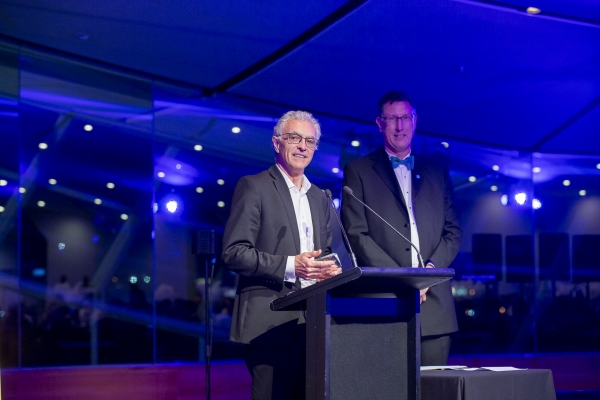 Three milestone projects at Wellington Airport saw it take out Airport of the Year for 2019, continued Mr Holyoake:

“Over the last few years I’ve given a lot of speeches about the $300 million programme that we have progressed – that being the hotel, the multi-level carpark and the upgrading work we have done on the terminal. So it is fantastic to be recognised for those big projects.” 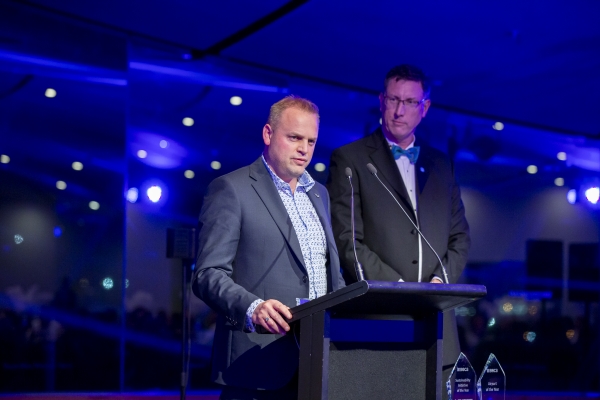 Hawke’s Bay Airport’s Kuaka Gateway project won the Infrastructure Project of the Year Award, with an aspirational and holistic approach to problem solving that saw a traffic black spot transformed into a safe and admired environmental statement.

“We started off with a black spot – one of the worst traffic intersections – and we have seen the formation of this new roundabout and a really iconic gateway,” said Mr Ainslie.

“Now people driving through that area find it to be a really beautiful spot.

“We are going through a really busy time with our terminal expansion, with a lot of construction going on with Stage 3 opening on November 5, and we have started off with this awesome gateway into the Hawke’s Bay region.” 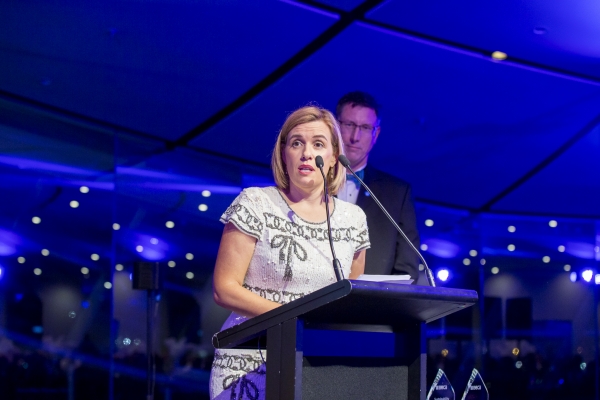 Auckland Airport head of masterplanning and transport Kellie Roland said it was an honour to be bestowed with the award.

“It was a fantastic initiative,” said Ms Roland.

“We have been involved in a consenting process for our second runway for the last three-and-a-half years and in collaboration with our Geographic Information System team, developed an initiative to enable people to understand obstacle limitation surfaces (OLS).

“The interactive map proved hugely successful, exceeding our expectations gaining a total of 146,682 views within the first month. This supported the community engagement with the second runway and its success was reflected in the low numbers of submissions received on the application.” 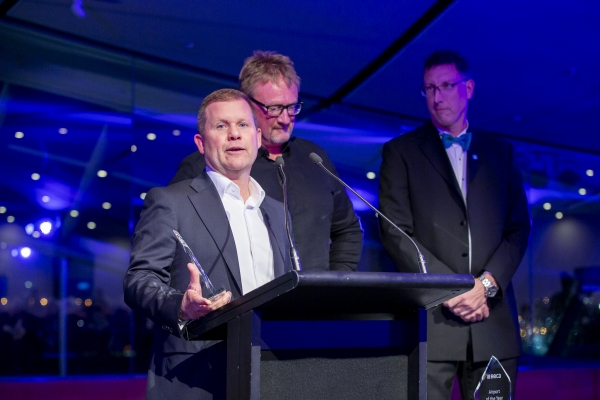 Queenstown Airport took out the Sustainability Initiative Award for its milestone Apron project in the airport’s continuing sustainability journey. Alternatives⁠ such as recycled toner cartridge residue (Toner Pave) and sand derived from crushed, recycled beer bottles where used in place of traditional non-renewable aggregates, while having no impact on the quality of asphalt.

“Downer’s innovation and collaboration with other Kiwi organisations in pioneering a new-generation, lower-carbon asphalt has proven to be a winner,” he said.

The annual Airport Awards were sponsored by Beca and announced at the NZ Airports Association’s annual conference in Auckland in late October.