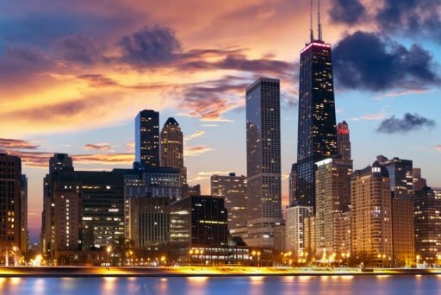 Auckland Airport has welcomed the announcement by Air New Zealand that it will launch a direct, year-round service between Auckland and Chicago.

From 30 November 2018 Air New Zealand will fly three times per week between Auckland and Chicago with a Boeing 787-9 Dreamliner.

The new flights will provide the first non-stop service between Auckland and Chicago. Chicago, Illinois, is the third largest city in the United States with a population of almost 10 million people in the wider metropolitan area.

Scott Tasker, Auckland Airport’s general manager aeronautical commercial says “the announcement is great news for New Zealand and will introduce a new region of North America to non-stop flights to New Zealand for the first time. The new service will provide more than 85,000 seats on the route and inject around $70 million annually into the New Zealand economy.”

“Visitors to New Zealand from the United States have grown by 12.6 per cent over the last year. The new route will provide a further boost by offering a seamless journey for premium leisure and business travellers from Chicago to Auckland, and beyond to further locations within New Zealand,” says Mr Tasker.

“This flight will also provide a convenient service for New Zealand and Australian travellers flying from or via Auckland to the north-eastern United States and Canada.”

Chicago O’Hare Airport is the major hub of Air New Zealand’s partner United Airlines, who offer excellent connectivity to around 100 cities in the north-eastern United States region and Canada such as New York, Boston, Toronto and Montreal.

At over 13,000km one way, this will be Air New Zealand’s longest route with a flight time of approximately 15 hours northbound and just over 16 hours southbound.